Driving drunk is absolutely illegal in all of Spain. The limit is a reasonable 0,8 which equals a pint and a half for an average man. These rules are strictly applied and if you drive around boozed up you risk fines, loosing your license or being yelled at by a cute girl in a guardia uniform, the latter can be achieved in less hazardous and more commendable ways of course.

So, Stay off the drinks when driving in Spain. However, if the pub youre in holds a majority of british expats you should avoid admitting your reluctance to drive drunk. Being a british expat provides you with a certain entitlement in this sense and you should act as though youre the royally appointed ambassador with full political immunity, regardless if youre actually a gardener, a bankrupt estate agent or a plumber. As such, nipping down to the pub for your dose of 15pints of cheap lager with the other ambassadors should be a natural part of your daily routine and zig-zagging your proud right-hand-drive Rover home to the urbanisation after is a must. If youre too drunk to walk to the car or unable to locate your vehicle due to double vision, never ever admit that alcohol might play a role in your desire to take a taxi home. Instead use recommended and acceptable excuses such as:

“I do not wish to have my automobile scratched and vandalised by jolly foreigners, thus it is kept in the gated compound at night” 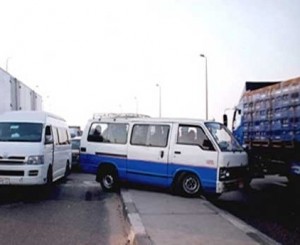 Of course, word on the street is that La Guardias are terribly racist and maliciously targetting poor british expats for no apparent reason. And way and behold the guardia has yet again strategically positioned themselves on the road between the urbanisations and the bulk of the pubs, waving in all obvious expats harmlessly zig-zagging along. The entirely unforeseeable razzia against drunk driving happens twice a week in the same spot, at the same time, catching the same lot and causing the same outrage. Its part of idyllic village life and if you aim to maintain any street credibility among ambassadors you should ensure getting caught at least bi-weekly. Be sure to enact little stories about your intermezzo with the law that you can boast later in the bar. For instance you should consider puking on la guardias uniforms, yelling “Manuel, Manuel, can I have a dry martini with that fine please” and if you are lucky enough to get stopped by a female guardia sexual harassment such as casual groping and invitations to intimate debates about the fine after work is absolutely essential. Dont worry. Even jolly foreigners such as the guardia have a sense of humour. If they fail to see the funny side of your stand-up comedian skills, just whack them one with your british passport. It is afterall only right that these villains with their fundamentalistic lack of respect for the empire are taught a little lesson in humility.

If you do manage to sneak past the inevitable guardia razzia, it is usually best to stop at a bar on the way for a few quick shots to regain confidence and optimise your driving skills. Subsequent problems commandeering your vehicle can be sorted by following a few simple rules of british driving in Spain:

1. Aim to keep your car exactly on the line in the middle of the road.

2. Overtaking in a RHD round corners is encouraged. Just use the horn to scare off lesser vehicles.

3. Cyclists are banned from being on the roads in Spain. Its your duty to help them understand. Violently.

4. Anyone whining about you being in their side of the road are clueless tossers, women drivers or both. Hunk the horn and put on your fog lights to finish them off.

5. If you see a car on german plates give the nazi salute and try running him off the road. It is a well known fact that all germans in Spain are intolerant fascists hiding from justice. They should be treated as such.

6. If approaching a policecar from behind, do your utmost to divert attention by acting like a lunatic before speeding past it. Dont worry, it is unlikely these foreigners can read, so they wont note down your numberplate and follow you home. 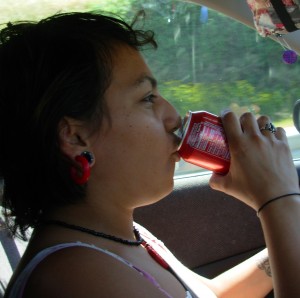 Driving in Spain isnt all fun and games as you can see. In fact, they are rather uptight about drunk driving, you might be thinking. Yes, the spanish are fiercely against such crimes and the guardia will do their utmost to hunt down any violators. Except of course on certain days when all traffic laws are suspended. If Nadal, Barcelona or any other important sportsteam has won, drunkdriving is not only allowed but obligatory. You must ensure that youre already severely drunk when the referee blows the final whistle, proceed to your vehicle immediately carrying as many bottles of booze as possible when he does. Join the caravan of cars blocking all traffic in town by doing 10km/h. Never remove your right hand from the car horn. Use your left hand to frantically wave flags and bottles of booze at everyone. Steer with your feet or just forget about direction. If on the other hand Real Madrid has just beaten Valencia or Barca the law is reverse and you get fined for being on the road at all – and whacked with truncheons on the spot if you argue or raise an eyebrow at being fined 150euros for doing 30km/h in a 40-zone.

Similarly if the local village is in the middle of their big annual fiesta, celebrating some saint that only they have heard off, driving is strictly prohibited as it might interfere with parades and the burning down of all inner-city buildings. Dispensations are happily given though if you promise to fire rockets from the driverside window whilst speeding through hordes of kids in the street. Generally, it is of the utmost importance that everyone is affected by fiestas to the fullest extend, thus the local police will take it upon themselves to block off all major roads and trafficflows for 7days before the start of the fiesta. Parking within 5kms of the fiesta is an equally hideous crime, that will be frowned upon by fireworks being let off on the windscreen and kids dancing on the roof whilst covering the remains in firecrackers. All traffic blockades are left in place for a week or 2 after the fiesta is over as a reminder of the fantastic festivities, this is a further useful practice as the next fiesta celebrating an unknown saint will usually be kicking off before the blockades are ever removed in this fashion. 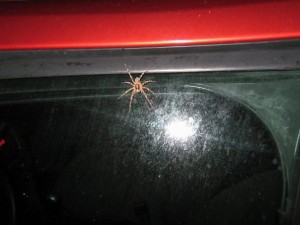 Ok, I can take a hint. Ill grab a taxi home

Driving home drunk from fiestas is not allowed though, unless of course you are dressed in your parade uniform and are kindly giving all the local neighbourhood kids a lift. It further helps if youre driving a battered old Seat Ibiza, as it is common knowledge that special laws apply to Seats in general and Ibizas in particular. These precious vehicles are treated like endangered species and as such parking regulations, speed limits and dangerous driving rules do NOT apply. If in contrast your car holds a rental agency sticker, you will be chased through the streets, stripped naked in the middle of the road and have all valuables taken off you as these will per definition be a perfect match for all the instant fines you just received.

These are the laws. Written in stone and any and all violations will be fined by 150euros that goes directly into la guardias private fiesta fund.

PS: A snapshot from driving in Javea:

Göring Insurance. I drive past these people every day thinking – You really should rethink the branding bit of your marketing plan…but I dont dare to go in and tell them….

Loving the Spanish lifestyle in the glorious sea side town of Jávea, Spain. For inquiries, contributions or random banter about Javea - shoot us an email at Javea@JaveaVacation.com.
View all posts by Morten Javea Vacation →
This entry was posted in Fiestas & Nightlife Spain, Javea-Xabia, Moving To Spain, What To Do In Spain and tagged driving in spain, guardia civil. Bookmark the permalink.
By Otto Gutschein Themes.